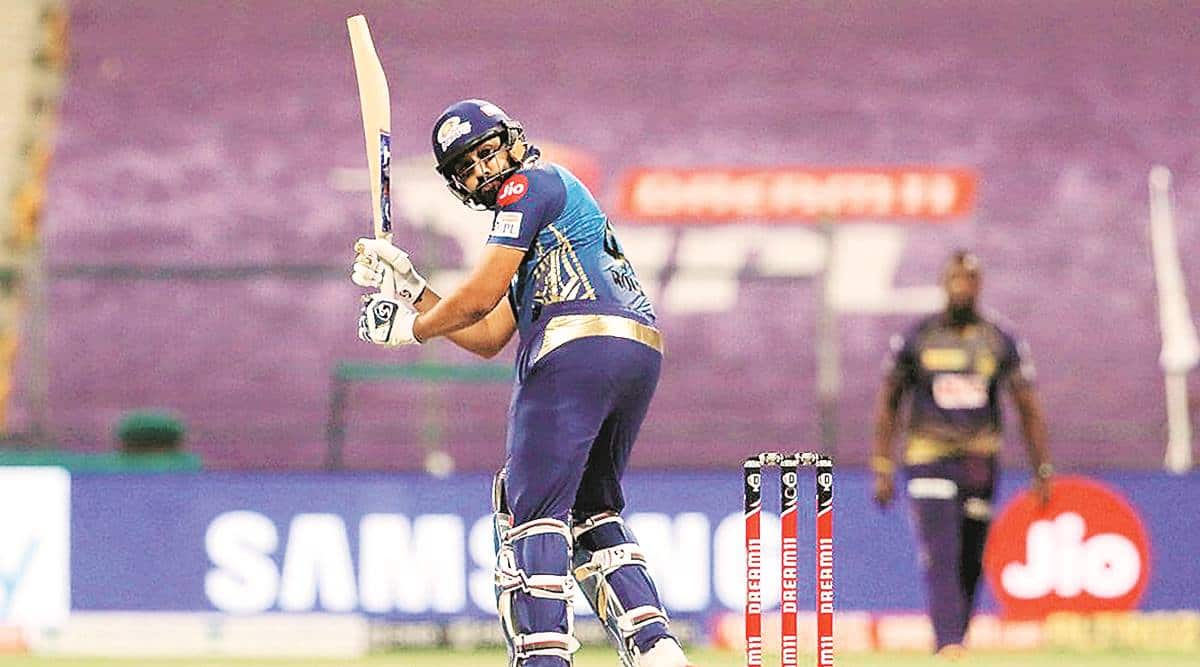 When Rohit Sharma hits a six, the cheers are different. File

With teams playing in front of empty stands due to Covid curbs, the answer lies 2,000 km away from the UAE, where a “sound bank” compiled in a Mumbai studio has recreated the mood and buzz of a throbbing stadium — be it the Wankhede in Mumbai, Chinnaswamy in Bengaluru or Chepauk in Chennai.

Getting this right, says the broadcaster, involved three months of preparation and research.

“We went back and studied the sounds of over 100 IPL matches starting from 2018. We studied the sounds associated with a specific team, and also the team they are playing against. For example, if Chennai Super Kings and Mumbai Indians are playing, the decibel level is very different from a game between Kings XI Punjab and Delhi Capitals,” says Star India’s head (Sports) Sanjog Gupta.

Explained|  How the UAE, with virtually no sportspersons, became global sports hub

“We had to arrive at a framework of sound that is unique to every player and every team. When M S Dhoni, Rohit Sharma or Virat Kohli hits a six, the cheer is different compared to a player who is unknown or an upcoming youngster,” says Gupta.

And so, when Mumbai captain Sharma or Bangalore skipper Kohli walk in to bat, a sound engineer in Lower Parel gets into the mix. When Dhoni connects those sixes, there is applause from Chepauk, with a vuvuzela playing along and the trademark fan whistles. There are roars from the Chinnaswamy for AB de Villiers while the Kotla roots for Delhi Capitals’ captain with chants of “Shreyas, Shreyas” — all dubbed inside the studio.

“The reaction from the crowd to a catch dropped sounds different from the one when a player misses a hit,” says Gupta, pointing out that every dip of disappointment has its bespoke decibel, and studio recreate the buzz every high a different echo.

“During the CSK vs SRH match, we introduced the ‘Go Ravindra Jadeja’ chant. The idea is to keep creating chants as we go along and players start to do well,” he says.

Read| Five debutants who have made their mark in IPL 2020

After the Mumbai vs Chennai game, Australian star Shane Watson had this to say: “as close to normal as possible… Something as simple as how the speakers in the stadium were able to have the white noise. The cheering and chanting, for Mumbai and CSK and particular players. It really did create more of an atmosphere compared to what I was expecting.”

According to Gupta, the broadcasters had to build a library of ambient score from scratch.

“We formed a sound bank. We recorded the sound again in a studio. We could not use the actual game sound because it has too many things like fireworks, cheerleaders, songs playing in the stadium. There are various layers of sound, the first is the stadium ambience. There is another sound, which is added to the moment, like for a six or four. The most interesting sound is interactive audio, like when Dhoni hits a six and we hear the Dhoni chant. It’s to do with the situation of the match,” he says.

While opinions vary on how natural the sounds are, Gupta says he has been getting calls “from all over the world”, including organisers of other leagues. All of them, he says, want to know how to get the background score right.

For all the latest Sports News, download Indian Express App.

Caught in the web of trafficking- The New Indian Express