Underworld dons of Mumbai- The Times of India

The arrest of gangster Rajendra Sadashiv Nikalje, better known as Chhota Rajan, by the Interpol in Bali, Indonesia, on October 26 marks a key moment in the history of organised crime in Mumbai, which was at its peak in the 1980s and 1990s. A ticket tout at a cinema at Chembur in the 1970s, Nikalje moved on to petty crimes, and was associated with Rajan Nair, also known as Bada Rajan. When Bada Rajan was killed by a rival, Rajan sought revenge and it was after executing Bada Rajan’s killer that Nikalje earned the moniker ‘Chhota Rajan’. The city’s mafia, with more than its share of colourful, larger-than-life figures, has been depicted many times over in books and films, the veracity of some of which, however, has been suspect. We take you through some of the dramatis personae on both sides of the law. (Source: ET Magazine/ G Seetharaman)
1.

Born Abdul Karim Sher Khan in a Pashtun family in Afghanistan, Lala came to Mumbai in the 1930s and started off by settling disputes by marshalling a gang of fellow Pathans. He then ran gambling dens and also ventured into smuggling gold, silver and electronics. He also ran drug and protection rackets. Considered to be the fi rst don of his kind in the city, he worked in tandem with Haji Mastan and Varadarajan Mudaliar, the trio that controlled the Mumbai underworld till the 1970s.

Lala’s influence started waning after his nephew Samad Khan was killed in 1985 by Dawood Ibrahim as retribution for Lala ordering the killing of Ibrahim’s older brother Shabir Kaskar. Lala, who was the inspiration for Pran’s character in Zanjeer, died in Mumbai in 2002, aged 90.

Mudaliar who inspired the Kamal Haasan film Nayakan, came to Mumbai from the coastal town of Tuticorin in Tamil Nadu and began his life there as a porter, and soon started stealing dock cargo with Mastan’s help. He then started selling hooch and became an extrajudicial leader of sorts of the poor Tamils at Matunga, Dharavi and Sion-Koliwada. Following a crackdown on his gang by the government, Mudaliar moved to Chennai in the mid-1980s and passed away there in 1988. 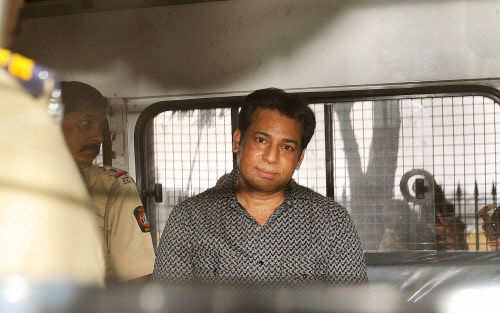 Originally from Azamgarh district in Uttar Pradesh, Salem worked as a cab driver in Delhi and then moved to Mumbai, where he operated a telephone booth at Andheri and was involved in petty crimes. In the 1980s he came in contact with Dawood Ibrahim’s brother Anees and became a gun-runner for the gang. He is accused of being involved in the 1993 blasts in Mumbai and became infamous for terrorizing Bollywood with threats to filmmakers like Subhash Ghai and Rajiv Rai. He is believed to be behind the killing of music baron Gulshan Kumar.

​He fell out with Ibrahim in 1998 and was arrested in Lisbon in 2002 along with his actress-girlfriend Monica Bedi and extradited to India in 2005. He was convicted earlier this year of the 1995 murder of builder Pradeep Jain.

Mastan Haider Mirza was the fl ashiest of the trio and is remembered to this day, thanks to Amitabh Bachchan’s character in Deewaar and much later, Ajay Devgn’s character in Once Upon a Time in Mumbai, both of which were based on him. Mastan came to Mumbai with his father in 1934 when he was eight years old. Ten years later, he started working as a coolie at the docks and started smuggling watches, gold bars and transistors.

He then ventured into illicit liquor and his fortune kept rising, symbolized by, among other things, a home in the tony Malabar Hill. He is believed to owe his rise partly to his relationship with Lala and Mudaliar, the three of whom controlled different parts of the city. Mastan’s downfall began with his arrest during the Emergency in the 1970s. He died in 1994. 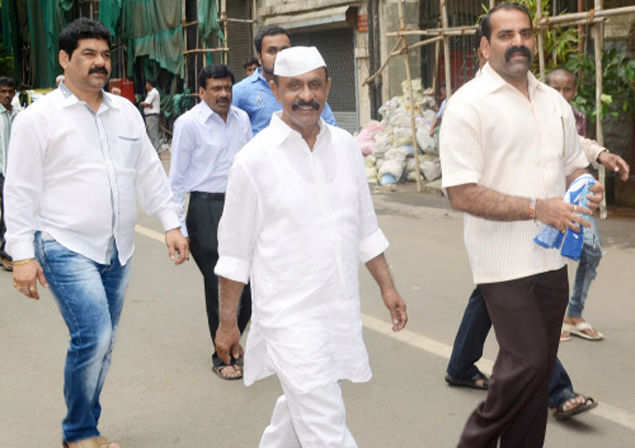 Before Arun Gulab Ahir alias Arun Gawli became involved in criminal activities, he was in his family business of supplying milk in and around Dagdi chawl at Byculla in central Mumbai. In the 1980s, he joined gangster Rama Naik and offered protection to Dawood Ibrahim’s consignments. He later fell out with Ibrahim over the latter’s killing of Naik by the police.

Gawli floated his own political party and became an MLA, but his run came into an end with the murder of a Shiv Sena corporator in 2007. Gawli was convicted of the crime in 2012 and is serving a life sentence. 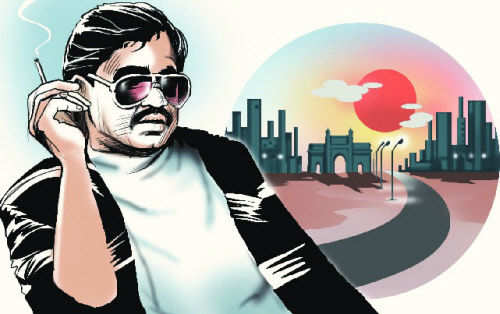 The most notorious of Mumbai’s gangsters, Dawood Ibrahim grew up watching his father, a police constable, being ill-treated by Haji Mastan. He eventually dwarfed Mastan in influence and became the most feared of the city’s dons, initially by eliminating members of Karim Lala’s gang with the support of the police. His stock in the underworld rose with his extortion racket and hawala business.

He allegedly masterminded the 1993 serial blasts in Mumbai, which was chronicled in S Hussain Zaidi’s Black Friday, a book adapted into a fi lm by Anurag Kashyap. Ibrahim fled to Dubai in 1984 and is believed to reside in Pakistan, with the backing of the Inter-Services Intelligence (ISI). He was named the fourth most wanted fugitive in the world by Forbes in 2011.