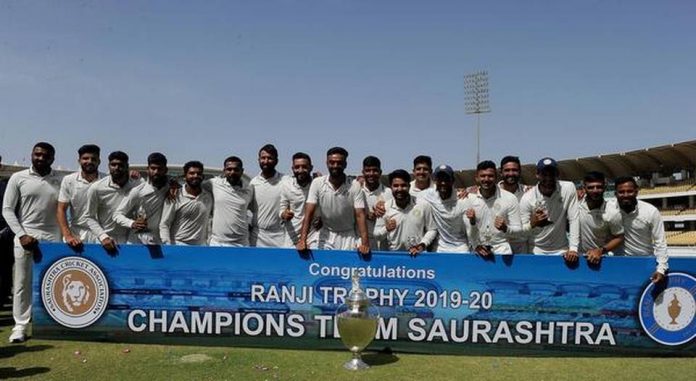 The Board of Control for Cricket in India (BCCI) has presented State associations with four options for a truncated domestic cricket season due to the COVID-19 pandemic. The associations are asked to revert with their preferred option by December 2.

The tournament could be staged in six bio-secure hubs according to the BCCI. The 38 teams are going to be divided into 5 Elite groups and 1 Plate group. The Elite groups will contain 6 teams each while the Plate group will have 8 teams,” the e-mail states.
The Syed Mushtaq Ali Trophy will require 22 days, Ranji Trophy will require 67 days and Vijay Hazare Trophy 28 days for completion, BCCI states. The proposed windows are from December 20 to January 10 (Mushtaq Ali) and January 11 to February 7 (Vijay Hazare), January 11 to March 18 (Ranji).

The Hindu understands that the BCCI is positive about starting the season with the domestic T20s to undertake out the “hub” then extend it for the Ranji Trophy. In order to manage the biosecure hubs, the BCCI is also in touch with two top hospital groups who will assist them.

According to the e-mail, each of the six staging cities will need to have a minimum of three digital broadcast-friendly venues. Mumbai, Bengaluru, Chennai, Puducherry, Vadodara, Surat, Nagpur, Indore, Pune, Hyderabad and Kolkata are some of the venues which are being shortlisted.

Responses
It was confirmed that a minimum of two associations had skilled the e-mail by Sunday evening. The Haryana Cricket Association is in no hurry to getting the season started, the office-bearers of Arunachal Pradesh will only be staging T20’s as preferred by them.
To restrict the duration of the tournament a few State associations may request the BCCI to consider smaller groups — of five or four teams each. However, it might end in increasing the number of venues, something that the BCCI isn’t keen on.

The Southern California Desert Is One Massive, Trippy Outdoor Gallery