Mumbai-based Studio Renn’s jewels traverse the boundaries between jewellery and art. Much of how the founders Rahul and Roshni Jhaveri approach jewellery can be drawn from the fact that their first show was held at an art gallery, Gallery Maskara in Mumbai (although the founders like to refer to the city by its old name, Bombay) in 2019. The entire set-up was akin to an art exhibition with jewels encased in custom-made displays. 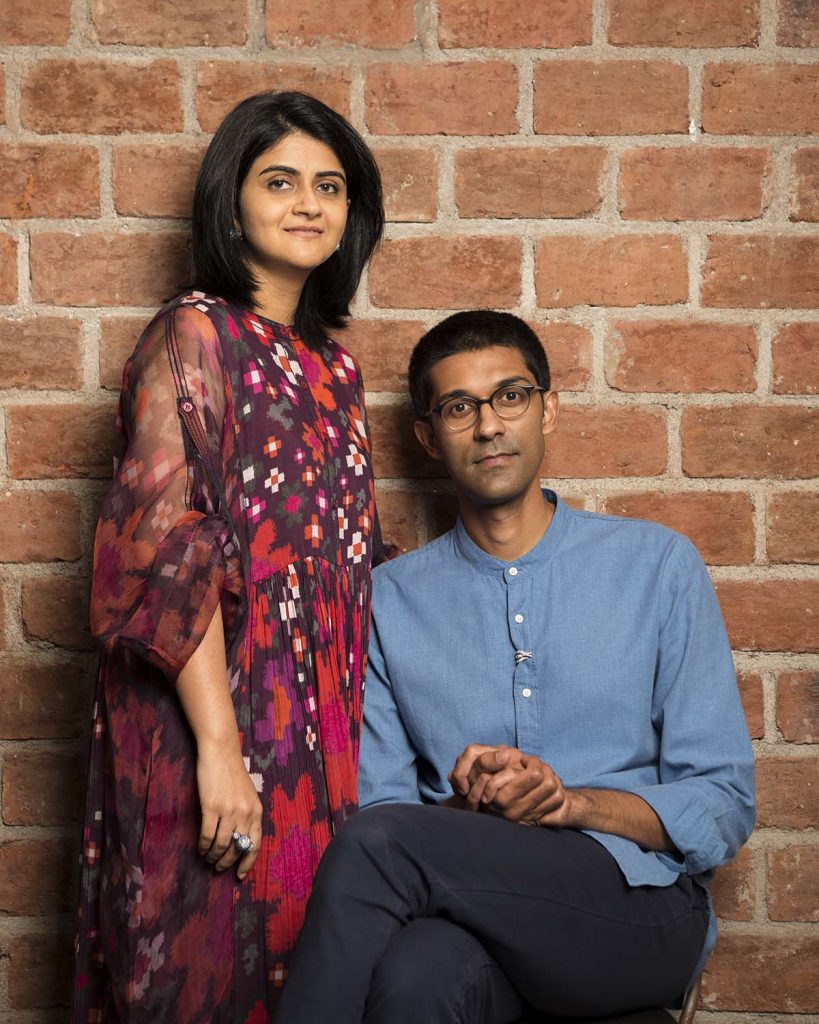 The studio gets its name from the Latin word ‘renn’ meaning rebirth. Staying true to the name, they are rewriting how jewellery is created and experienced. For the Jhaveris, the creative process is as important as the final product.

A series of sketches made for the Studio by contemporary artist Prashant Salvi, inspired the vocabulary for their first collection, (An)Otherness. The texture, treatment and form of the pieces were influenced by movements and processes like twisting, squeezing, tearing, stretching, and decay. Their subsequent collections continue to evolve and build on these concepts. 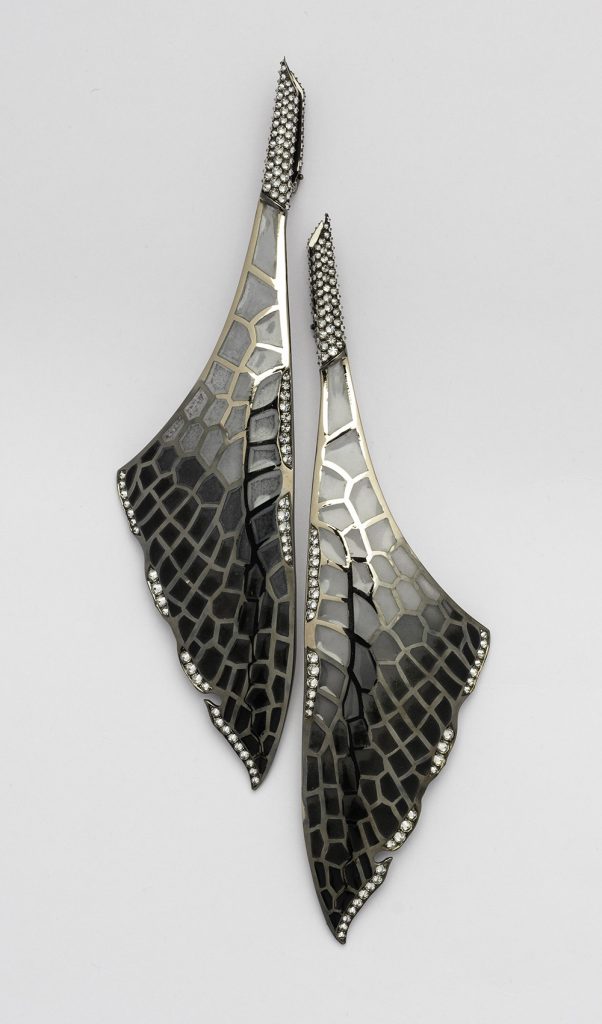 The Gossamer earrings in blackened 18-karat white gold vitreous enamel in pliqué-a-jour with an oxidised ombré and reverse set diamonds. By Studio Renn 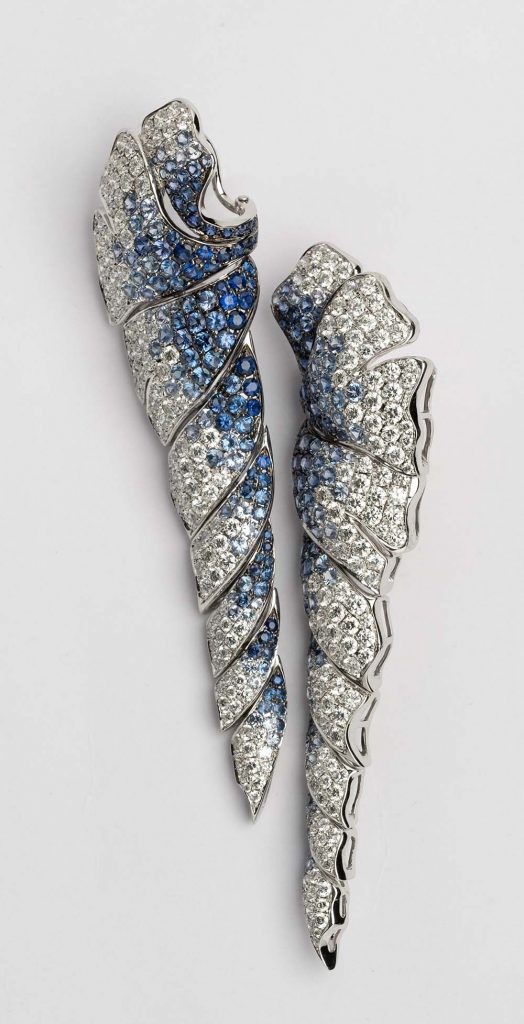 The Rainbow Bracket earrings in 18-karat white gold are set with Burmese sapphires and diamonds. By Studio Renn 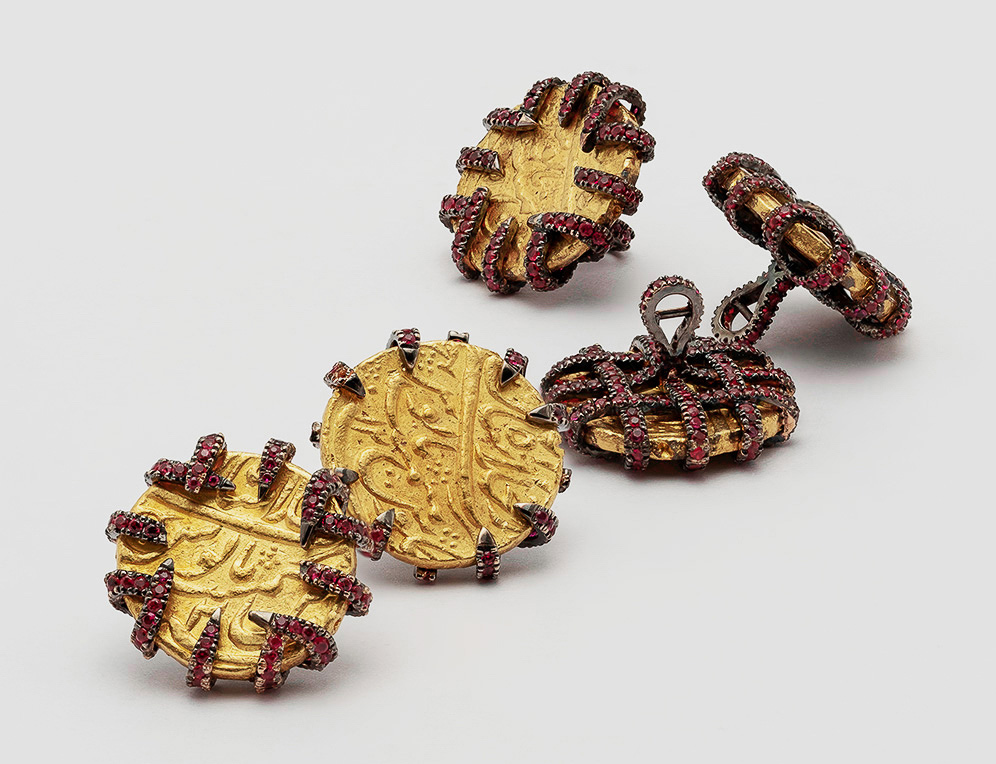 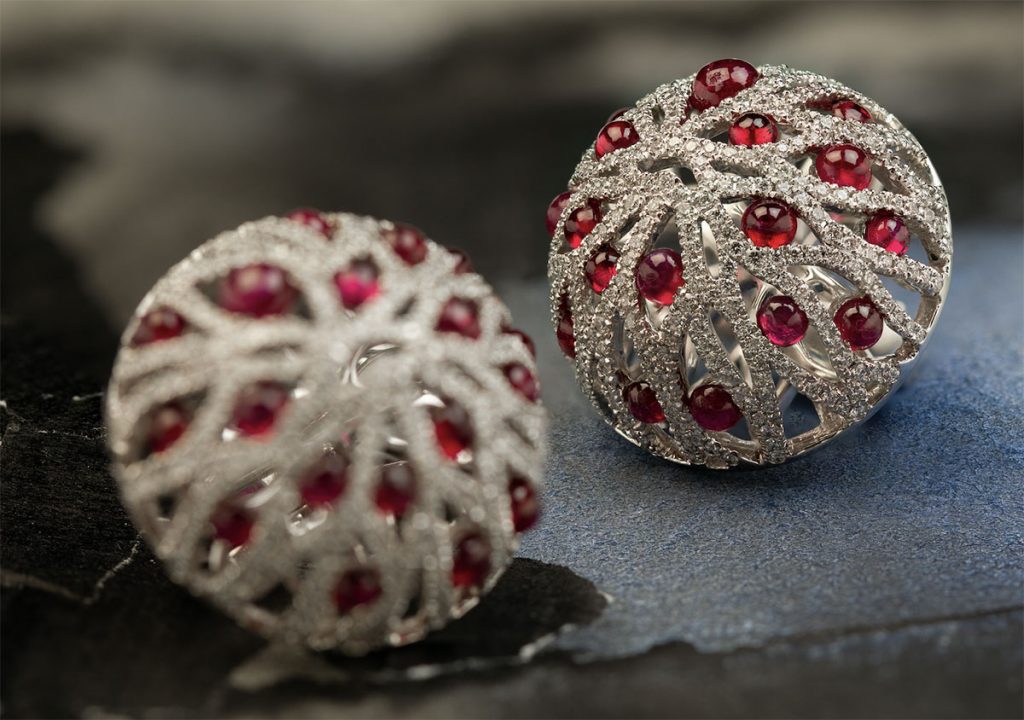 More than what the founders imagine the pieces to be, the Jhaveris are interested in how their customers (referred to as collectors) perceive and interpret a piece of jewellery.

Their collections have a sculptural quality, and the way they use gemstones lends an element of fluidity to the pieces.

Rahul Jhaveri, co-founder of the jewellery design studio gives us a peek into his radical views on creating jewellery.

Could you tell us a little bit about your journey before you founded Studio Renn?


Before I started Studio Renn, I used to source, cut and polish rough diamonds, which is what much of my family does. But what I most enjoyed during this time was to make jewellery for friends and family. And as that circle of collectors grew to include strangers – it led to the birth of Studio Renn in 2018.

Even as a Business student at Carnegie Mellon University in Pittsburgh, USA, I was drawn to courses in creative writing, photography, poetry, industrial design.

As I spent a lot of time with artists in museums, galleries and at their studios, I realised that it is the creative process which intrigues me more than the work itself. The work is just a physical manifestation of it – and that awareness formed the foundation on which Studio Renn is built. 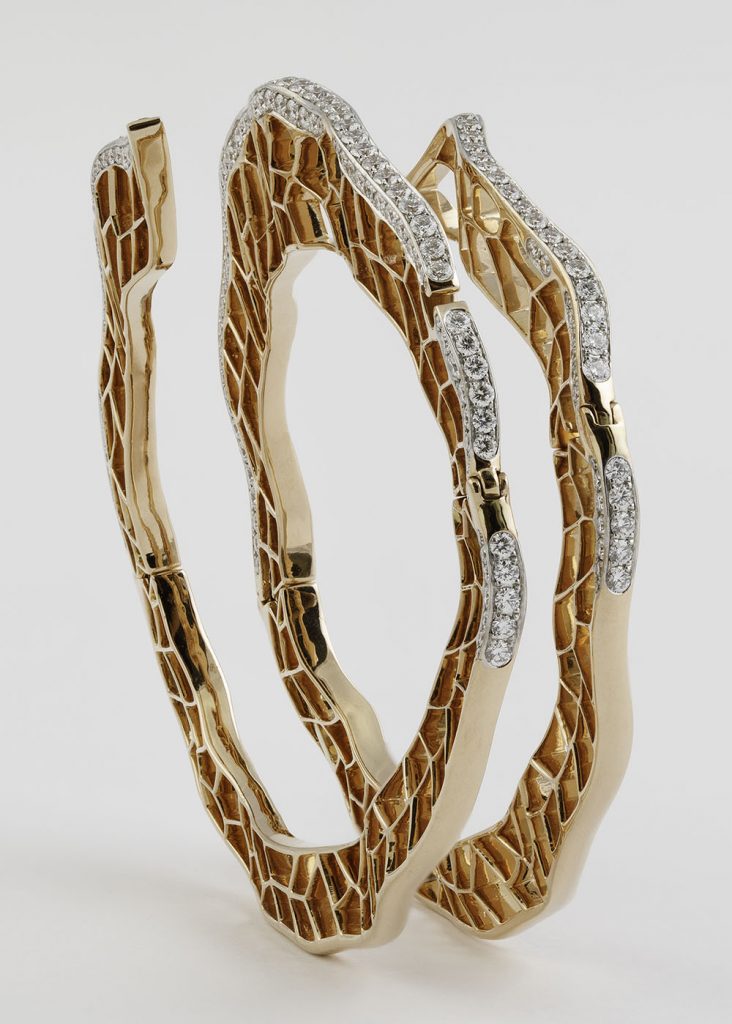 The Rainbow Bracket Coil bracelet in 18-karat rose gold is set with diamonds. By Studio Renn 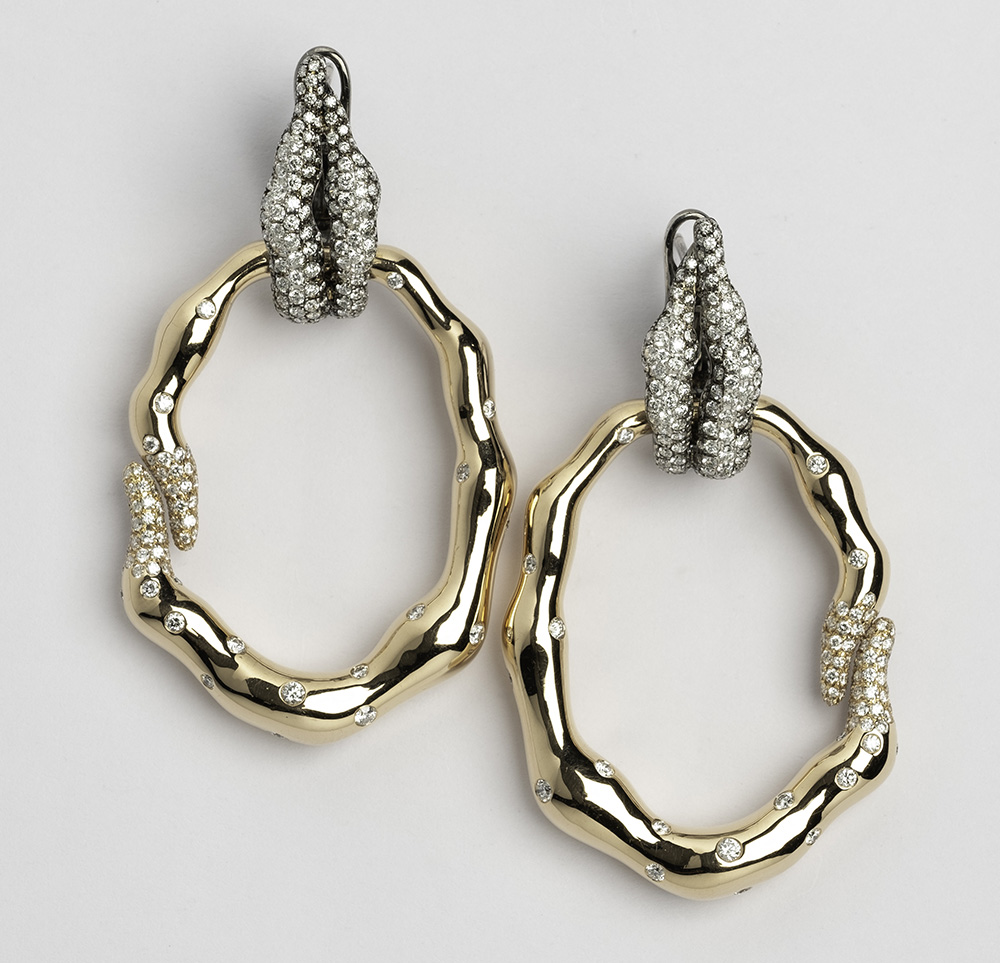 The Boletus Sp earrings in blackened 18-karat white gold and high-gloss rose gold are set with diamonds. By Studio Renn

How has the response been since you launched Studio Renn?


We wanted to shift the conversation around jewellery to the intangibles of the design, how it was conceptualised and that it is beyond what it is made of – and people responded to it. When we had our first show at Gallery Maskara in Bombay in 2019, we had no idea what to expect. What started as a one-week show was extended to two, owing to an overwhelming response. People appreciated our work and began collecting it. Subsequently, we held independent shows in Kolkata, Ahmedabad and then again in Bombay (Mumbai) to show how the work evolved over a year. And all the while, people continued to collect from us, commissioned custom pieces and, most importantly, engaged with us in a meaningful way.

Can you tell us about a prized custom creation?


One of the most gratifying custom works was for an architect who had been collecting from us. She wanted to make a solitaire ring but nothing like what she already had or seen. She wanted to be able to wear it all the time, so it needed to be strong and genderless. Since architecture is still a male-dominated field in India – she was keen on a piece that would celebrate her femininity while countering its perceptions.

It took us a year to conceptualize and create the Transient Ring. We made it in collaboration with another architect from Material Immaterial, a design firm. It encompasses a two-carat pear-shaped diamond juxtaposed against the raw surface of the concrete with a line of round diamonds encircling it. After the ring was made with the sharp clean edges, we acid-treated it to submit to atrophy – the idea was to relinquish the illusion of control. We “created” the ring by partially destroying it. And it was during our second show in Bombay, when we had put it in that acid bath which is when the collector saw the ring for the first time. That was quite an experience. 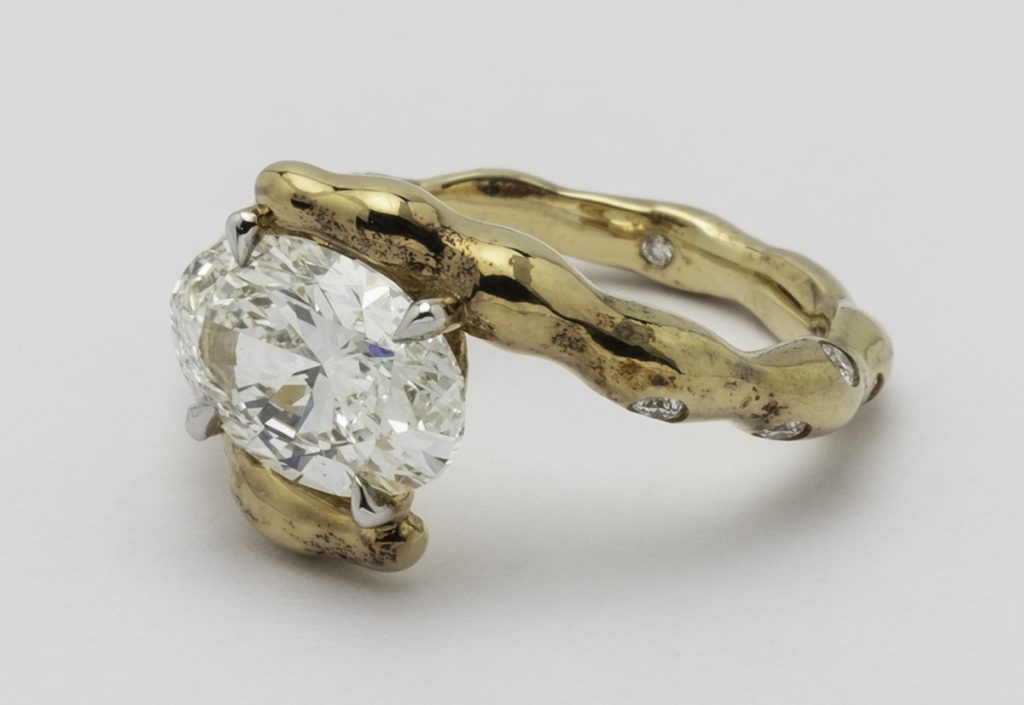 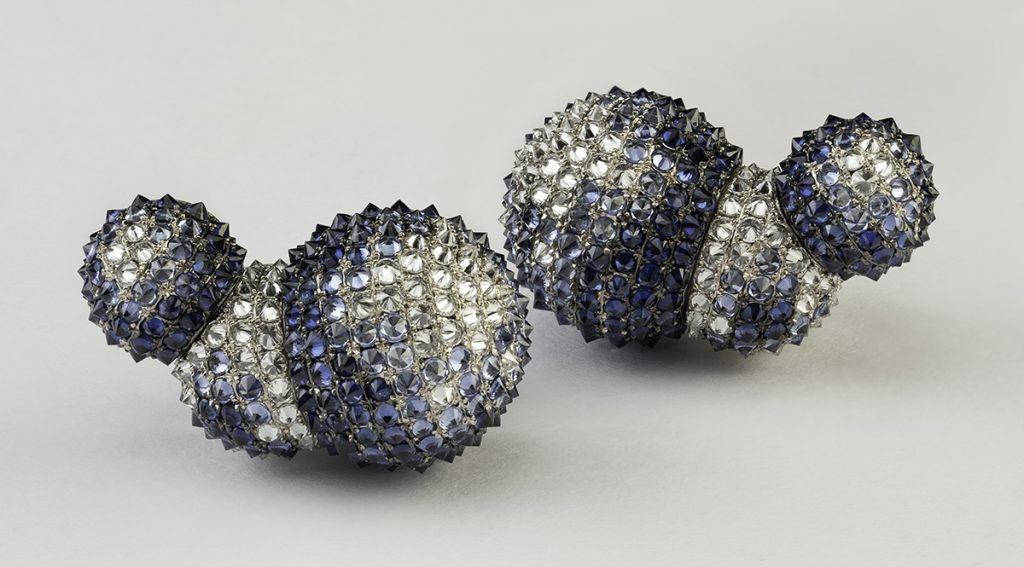 The Gemstone Puffball earrings in 18-karat white gold are set with reverse-set Burmese sapphires and diamonds. By Studio Renn

Has the pandemic impacted your work in any way?


We had to cancel our shows for 2020, including our first show in Delhi. We also took some time to get back on track creatively. At the same time, the pandemic gave us the opportunity to fast-track our international roll-out – to go out beyond our borders and showcase our work to a wider audience.

We revamped our website to fulfill this opportunity. Even on the creative front, we distilled and edited our ongoing works. During the lockdown – people changed. They have begun to look for things and experiences which are more meaningful; and have become a lot more aware and conscious of what they own. They might be buying less but they are buying better – and that has really worked to our advantage.