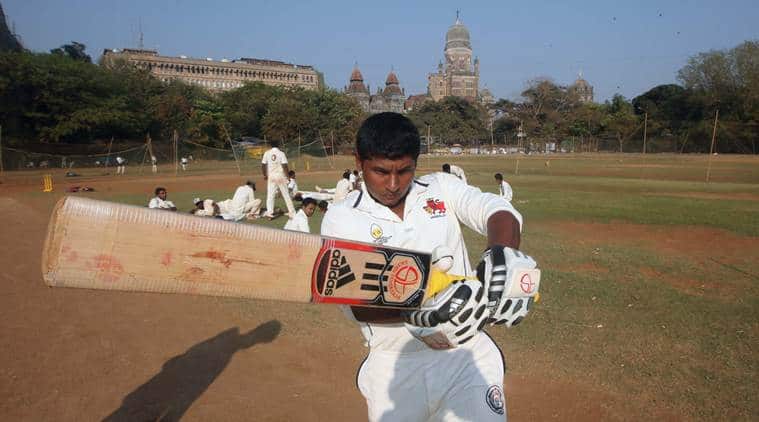 Uttar Pradesh were facing a daunting task in their quest of taking the first innings lead and points against hosts Mumbay by stumps on day three of their four-day Ranji Trophy Group B cricket match on Monday.

Replying to the 40-time champions’ mammoth first innings total of 610 for 9 declared, UP were at a healthy 155 for one before losing four wickets to be 350 for five at close, still trailing the home team by 260 runs at the Wankhede Stadium.

At stumps, leg spinner Piyush Chawla (54 in 55 balls) and wicketkeeper Ekalavya Dwivedi (50 in 88 balls) were leading the fight for the first innings lead.

UP’s reply was earlier built around opener Himanshu Asnora’s patient 92 in six-and-a-half hours, one-down Umang Sharma’s sedate 53 and Mumbai-born youngster Sarfaraz Khan’s quick-fire 44, the most enterprising knock from the visiting side till then, off 51 balls.

The big break for the hosts was given by their partnership breaker Abhishek Nayar, who accounted for both Asnora and Sarfaraz soon after tea, taken when UP were 241 for 3.

Asnora, who batted from Monday evening, hit 13 fours in his 262-ball knock before getting bowled, while Sarfaraz fell a victim to his impetuosity and was trapped leg before after striking two sixes and four fours. Captain Suresh Raina flopped, making only 9.

For Mumbai, Nayar was the chief wicket taker with 2 for 37 in 18 overs, while the other scalps were shared by left-arm spinner Vishal Dhabolkar (1 for 100) and medium pacer Balwinder Sandhu (1 for 54).

The hosts’ leading new ball bowlers, Shardul Thakur and Dhawal Kulkarni, were yet to take a wicket on the slow track.

Baroda seemed hapless against a supreme Gujarat showing as the visitors were staring down the barrel at 81 for four while following on in their Group B Ranji Trophy cricket encounter on Day 3.

Replying to Gujarat’s mammoth first innings score of 505, Baroda were bundled for 252 with Irfan Pathan, who also bagged a six-wicket haul, top-scoring with 58. Skipper Ambati Rayudu also contributed with a gutsy 47.

Made to follow-on, Baroda once again faltered in the final session with four of their top batsmen in the pavilion and the visitors still trailing by 172 runs to avoid an innings defeat.

Spinner Jajaj Saxena added eight more wickets to his first-innings effort for a match haul of a staggering 16 scalps, as Madhya Pradesh registered a convincing nine-wicket victory over Railways in a Ranji Trophy match on Monday.

The 29-year-old off-spinner Jalaj returned impressive figures of 8/58 to bundle out Railways for 131 in 51.1 overs at the Captain Roop Singh Stadium.

Jalaj then, once again, spun a web around the Railways batsmen to fashion a comfortable win for the hosts and give them full points.
Third day’s play also called off

The third and penultimate day’s play in the Group B Ranji Trophy cricket match Tamil Nadu and Andhra was called off due to heavy rain.

The second day’s play yesterday was also called off without a ball being bowled.

When the stumps were drawn on the first day, Tamil Nadu were not able able to open their account in the one over that was bowled.

From Mumbai to Forsyth County: The rise of Indian dance studios